Apogee : ONE for iPad & Mac Apogee The all new Apogee ONE is the first studio quality microphone and USB audio interface for iPad and Mac. ONE is designed for easily creating professional and amazing sounding recordings on your iPod touch, iPhone, iPad or Mac. Using Apogee’s premium AD/DA conversion, ONE produces pristine music, podcast, and voice-over recordings while also delivering audiophile quality sound to your headphones.

Why Apogee is the best choice for your studio

Apogee is an award-winning industry leader in digital recording technology with over 25 years of experience. Preferred by recording pros around the world, Apogee products like Duet, Ensemble and Symphony I/O have been instrumental in creating countless GRAMMY® and OSCAR® winning recordings and have set the industry standard in professional recording for over two decades.

The only interface that charges iOS devices while in use

and can also be battery powered.

Works with iOS and Mac.

Maestro app for iOS and Mac. 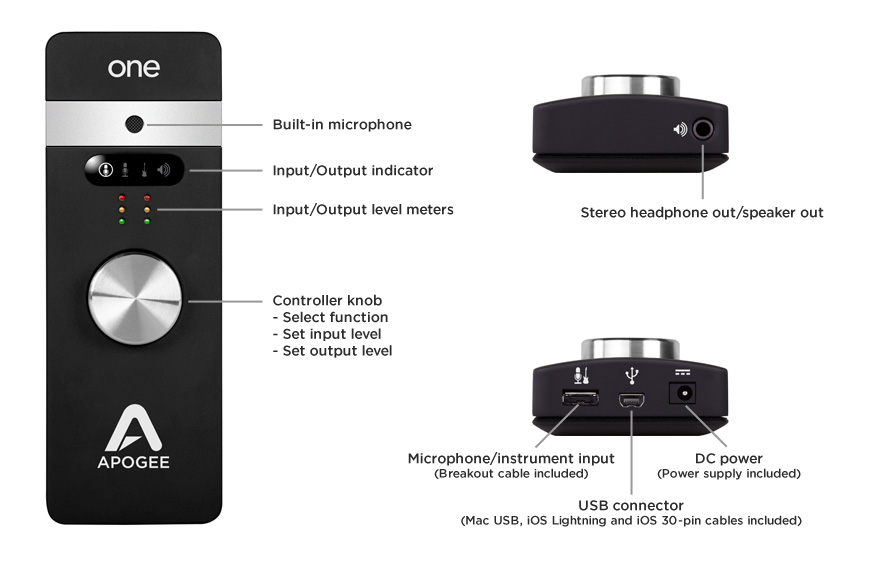 A difference you will hear

ONE makes the legendary quality of Apogee’s mic preamps, AD/DA converters and clocking available in a portable form factor and at a great price. With components carefully selected in critical listening tests and a highly efficient circuit design, ONE was built by Apogee engineers to make a difference you can hear. 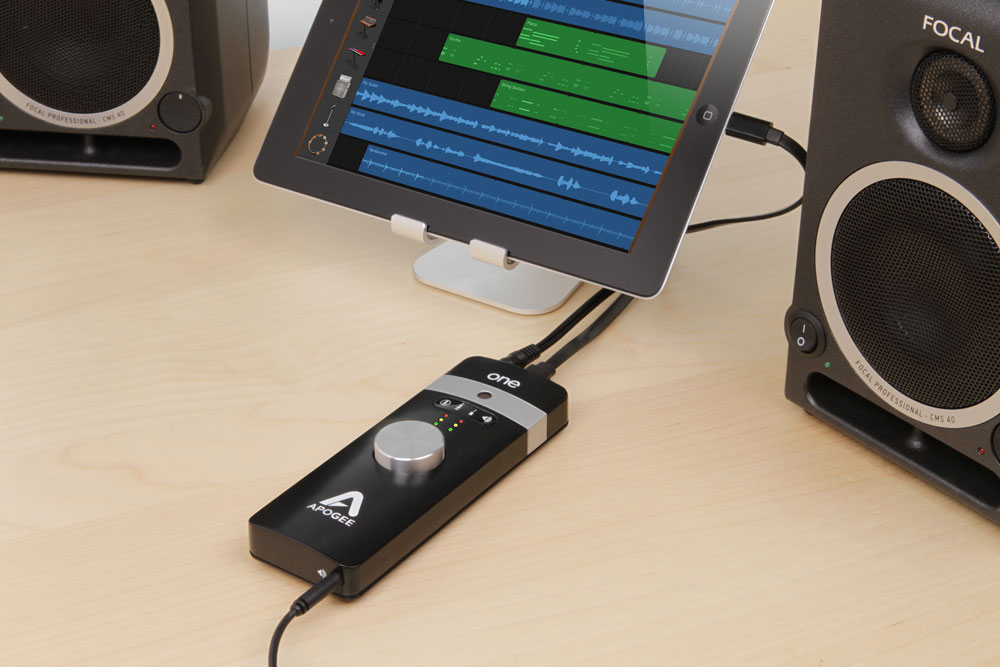 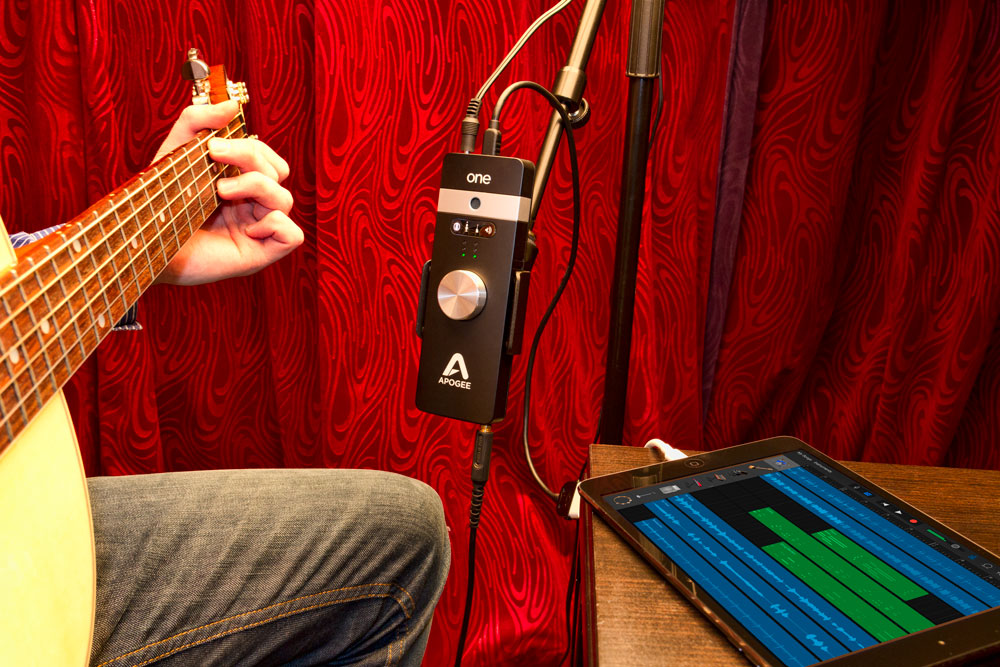 ONE features two microphone preamps with seamless click-free transitions as the gain increases and decreases throughout the incredible gain range of 0 to 63 dB. This unprecedented feature allows you to dial in the perfect level, either with the controller knob or from within software, while delivering ultra-low noise and smooth, crisp detail. ONE’s mic pres are suitable for all dynamic, condenser or ribbon microphones, allowing you to capture any sound without compromise. 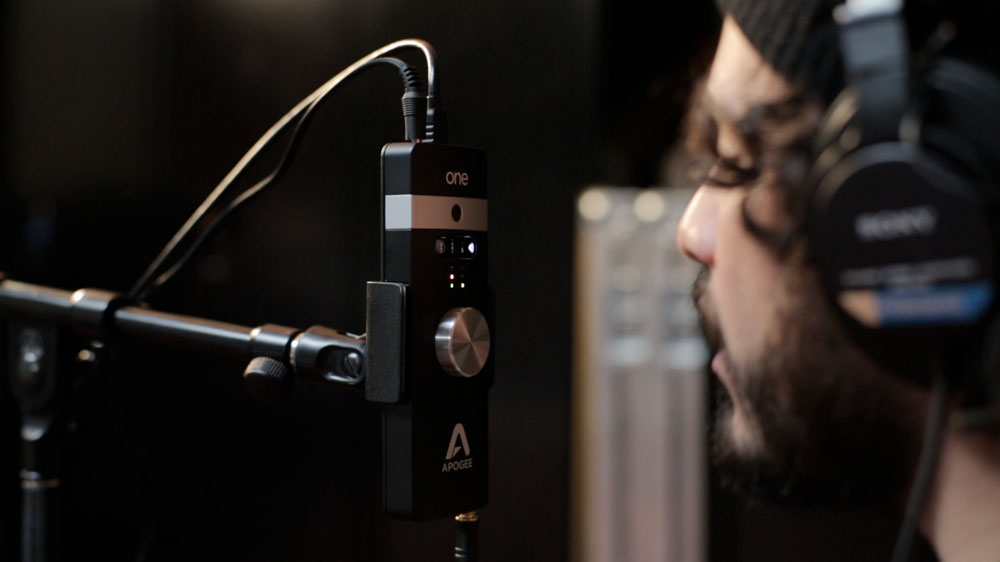 ONE is a microphone

ONE features a built-in studio quality condensor microphone that makes it easy to quickly capture song ideas, vocals, podcasts and interviews. With the included mic clip you can position ONE perfectly on your microphone stand to capture any sound. 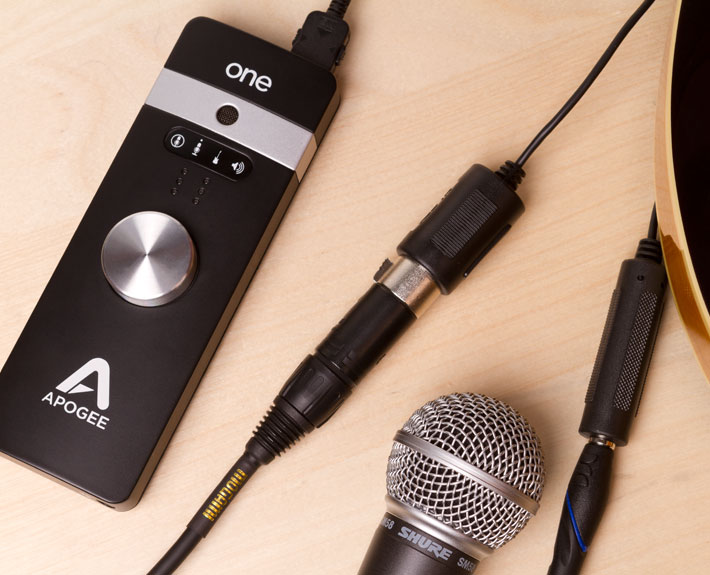 ONE is an audio interface

Connect a microphone, guitar or bass

ONE’s breakout cable lets you connect a microphone to the XLR input and an electric guitar, bass or acoustic guitar with pickup to the 1/4” instrument input. With up to two simultaneous channels of recording (instrument + built-in or external mic) and Apogee’s premium A/D conversion and mic preamp technology, you can make professional recordings anywhere with ONE.

ONE is a headphone amp and DAC

ONE’s stereo output delivers audiophile quality sound from iPhone, iPad or Mac to your headphones or speakers. With ONE’s premium D/A conversion you will hear every subtle detail of your music like never before, allowing you to create better mixes and enjoy your iTunes library even more.

A revolution in personal & professional recording 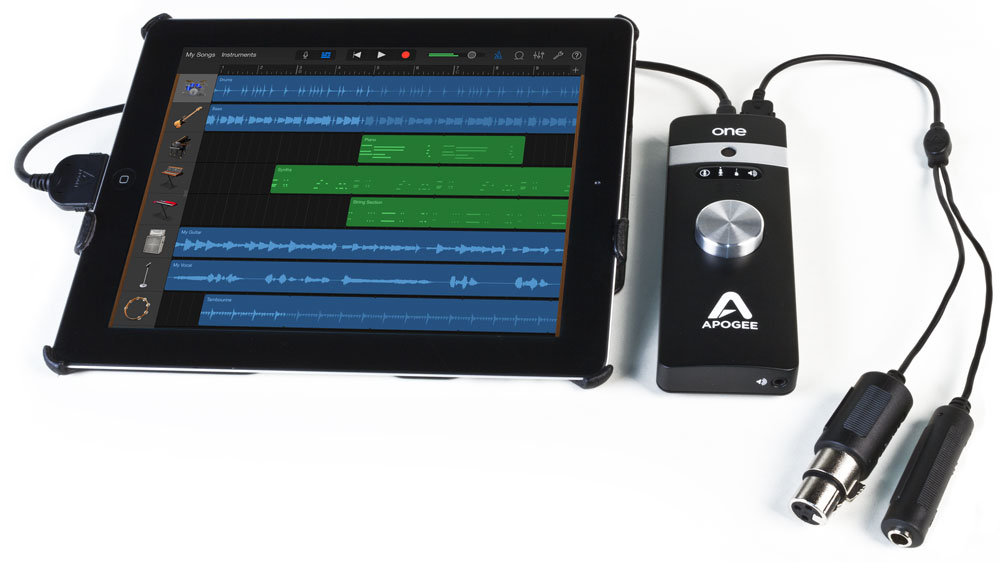 iPad puts you in touch with your creativity

Interacting with iPad to make music is like playing an instrument. In fact, some apps like Apple’s GarageBand turn your iPad into a guitar or virtual instrument. Whether you are moving faders on a mixer, adjusting software parameters, or editing a waveform, iPad’s multi-touch interface is a more hands on environment and superior to mouse clicks or track pad swipes.

Setting up your studio has never been easier

iPad makes everything easier with a simplified user interface and plug and play connectivity for accessories like Apogee audio interfaces. You’ll be amazed by how simple it is to set up your studio.

There’s a music app for everything

There are hundreds of music apps for iOS and iPad. With multi-track recording DAWs like GarageBand and Auria, synths and drum machines like
Animoog and DM1, utilities and guitar effects like Audiobus and JamUp Pro, the music creation offering for iPad is vast and varied. And most apps are more affordable than their Mac based counterparts.

Sharing functionality is built-in to most apps, making it easier then ever to move files and collaborate on different devices including iPad to Mac

ONE features USB 2.0 High-speed connectivity to Mac. Advances in the Mac’s Core Audio driver have made USB faster than FireWire 400 with incredible latency performance. And there’s a USB port on every Mac.

While USB 3.0 offers approximately 10x the bandwidth of USB 2.0, USB 2.0 far exceeds the bandwidth ONE requires for its inputs and outputs, delivering exceptional audio performance without compromise. 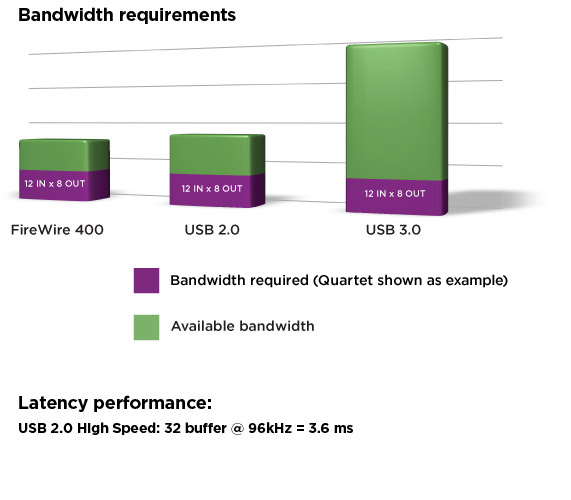 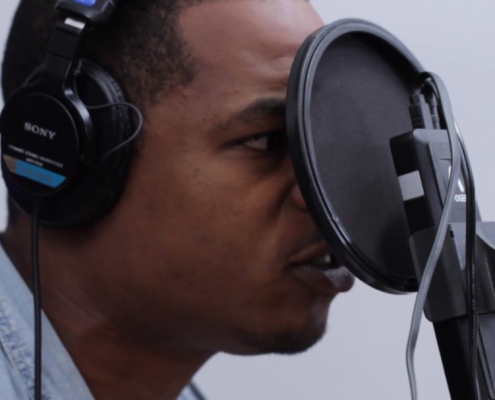 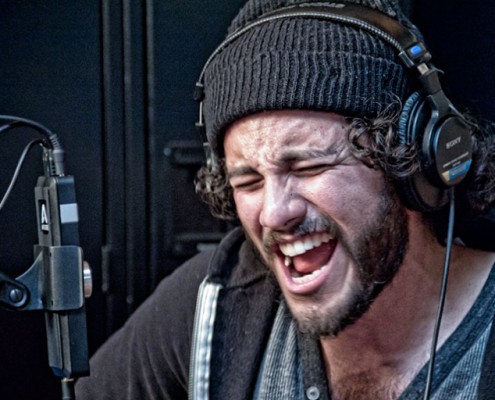